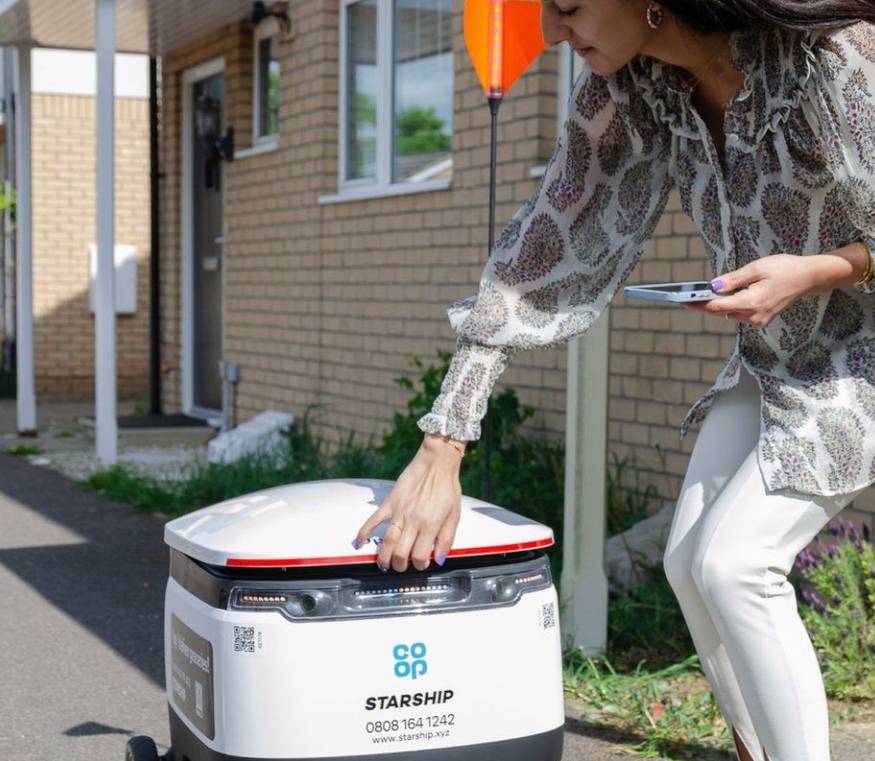 More supermarket delivery robots will hit the streets in a pilot project in a new village in Cambridgeshire.

The county council and Starship Technologies have entered into a delivery partnership with the Co-op.

It will see 12,000 residents in 5,000 homes in Cambourne be able to receive goods using robots.

The project is part of the council’s environmental policy to reduce short car trips and improve air quality.

The firm behind the robots said that, on average, they used the energy equivalent to the energy it takes for a kettle to boil a cup of water when making deliveries.

A pilot project in Cambridgeshire would see households place an order at a co-op on Mosquito Road in Upper Camborne and then wait for delivery.

If the project is successful, Starship will announce its intention to expand throughout the county and use more vendors, the council said.

Alex Beckett, chairman of the highways and transportation committee, said the venture “could make life easier for thousands of residents as well as reduce congestion.”

Starship said its robots were powered by zero-carbon electricity and were “advanced autonomous devices” that could carry items over short distances without a driver.

The robots were lightweight and could move at human walking speeds – no faster than 4 miles per hour (6 km/h).

They use a combination of sensors, artificial intelligence, and machine learning to travel on sidewalks and around obstacles, and computer vision-based navigation helps them map their surroundings to within an inch.

Andrew Curtis, Starship Technologies’ UK operations manager, said he has received “extremely positive feedback from people using the service in Milton Keynes and Northampton, and hopes to “scale up this initial project.”